OUR REPUBLIC IS AT RISK OF DESTRUCTION BY NEW WORLD ORDER GLOBALISTS.

WE, AS GOD-LOVING PATRIOTS, MUST CONFRONT AND CONDEMN GLOBALISM IN ORDER TO SAVE OUR SOVEREIGN CONSTITUTIONAL REPUBLIC.


Posted by Jackie Jordan at 4:47 AM No comments:

This may contain the most interesting, factual information you have ever experienced ...


GOOD VERSUS EVIL : NATIONALISM AND THE NEW WORLD ORDER


This is notification to friends and foe alike that we, the good people of America, are not going to allow the loss of our Republic to a criminal group of Globalist sycophants who have been plotting and scheming to take over and destroy this nation through mass corruption and cooptation of all branches of the federal government. We will stop the New World Order demagogues from assuming control over the world that they intended to rule with unelected, vile and despicable leaders. 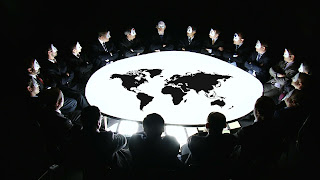 The New World Order Globalists have planned and prepared to destroy our Republic for many decades now. It is also true that a select group of individuals throughout the land have been carefully and covertly monitoring the corrupt activities of this group in hopes of disrupting the Globalist’s plan to initiate a coup for the takeover of our government through the Clinton Foundation. This select group of patriots have no legitimate ties to any government, work pro bono and have been affectionately called Minutemen. In short, our patriotic blue-collar group simply has laptops and state-of-the-art software ... needless to say that our computer skills are very viable, expert and  quite effective. And, little did the Globalists know, that a counter-coup was planned as to foil their plans; so far we have been successful.

Please view the upcoming video notifications by Dr. Steve Pieczenik that proves that our Republic is not going down without a fight. Our select group of citizens is massive and strategically located throughout the country. As you will see in this blog, the Clintons initiated a civilian coup to steal the presidential election. A counter-coup was announced online on November 1, 2016 and was put into play on November 4th, 2016. Whether you are a Democrat, Republican, Independent, Socialist, Communist, Tea Party member, etc., your life would have been drastically and very negatively affected by the initiation of Hillary's Globalist agenda. The damage Hillary Clinton would have caused to our Republic would have been catastrophic and irreversible.
Posted by Jackie Jordan at 11:47 AM No comments:

THE MAKING OF A PATRIOT

I never imagined what it was like to be alone after my beloved father passed away and left me to fend for myself for the first time at eighteen years of age. I entered college three years later, in 1981, in hopes of changing my life to be a teacher, accountant, lawyer, nurse, etc. Then the most amazing thing happened. I met a professor who was head of the English department at a local university and bonded with this lady, who turned out to be a proliferous change agent in my life. This disabled lady identified and recognized me as a person who could be trusted and counted on in any situation as I wowed her with some of my clever narratives. After a couple of months in her class, she invited me to a closed-door meeting and laid a line on me that would send most people running for the door. “Do you want to serve your country and help rid society of underhanded, corrupt individuals?”  Being young and naive, I immediately accepted her offer. Later, I found out that this elderly lady was very “connected” to a regime of decent, God-loving people whose main concern was to root out and expose corrupt politicians, judges, doctors, business leaders, law enforcement personnel, lawyers and other criminals plaguing society. I vowed total secrecy in a bond and an oath to not disclose any activity learned, participated in or cooperated with until I was notified that the time is right. I was an integral part of this patriotic community's activities that were deeply involved with the intelligence communities. I would never have left my teacher wondering or concerned about my loyalty. I had no idea that I would be her assistant for nearly seven years. Our main focus was surveillance of people who we referred to as “clients.” How this lady chose whom to surveil was unknown to me then and still is to this day. Ultimately, the main thing that I learned was how to keep our relationship unknown to family, friends and all parties in general. We targeted corrupt criminals who have been defiling the United States of America for decades. Some of the clients had household names. On November 1st of 2016, the veil was lifted and the covert lifestyle that I lived broke the ice and reached fruition. After years of clandestine work with a secret group of honorable citizens, we engaged the Globalists in a frontal assault. The time had come to rise from the shadows and fight.
Posted by Jackie Jordan at 4:07 PM No comments:

CALLED OUT OF RETIREMENT

I named this blog to reflect my participation in serving my country on a subversive, yet patriotic level. During the last several decades we have seen corruption grow exponentially in our government during the Clinton Administration and, more specifically through the Clinton Foundation, so much so that we all agreed that we must stop the Clintons from assuming power. I must say that I am only a small part of something much larger than myself.  I worked for a clandestine faction of intelligence gatherers. Upon my retirement from this activity, I was notified that I must be discredited in case a court appearance was necessary. That was the price I paid for participating with this professor. Nonetheless, it has now come time for full disclosure as of November 1, 2016, eight days before the 2016 presidential election and I was called back to temporary service during this last year to assist with disrupting the tainted and corrupt factions of our federal government and the Clinton Foundation. I was told that it was "all hands on deck" to initiate our counter-coup. I pray that you comprehend the depth and scope of this message because the 2nd American Revolution is underway. and our Republic is at risk of destruction.
Posted by Jackie Jordan at 2:58 PM No comments:

Email ThisBlogThis!Share to TwitterShare to FacebookShare to Pinterest
SECTION 4

THE HILLARY ADMINISTRATION
Citizens of America, we are at the precipice of a major change in American leadership and social focus. The last election was the change agent of the status of our Republic. Should Hillary had won the election, major changes would have taken place in this country. First and foremost, the business communities would have suffered so much from the intentional mishandling of the economy by the Hillary Administration that record unemployment and poverty would have skyrocketed and the national debt would have exploded to new heights. Hillary is a Globalist who intended to destroy this Republic and lead us into her New World Order agenda. Please try to understand, for the New World Order to get a strong foothold, the United States of America must first collapse. Then, Hillary would have brought hundreds of millions Muslims into our country to create civil unrest and mayhem. As the Muslim population rose to record proportions, Hillary’s administration would financially support these immigrants with funds needed to keep the Social Security and Medicare systems solvent. She intended to bankrupt the Social Security and Medicare systems with full intent to have all of the financially devastated and destitute victims with no other choice than to enter FEMA camps to survive, mind you, with no medical assistance provided. The elderly citizens of America would have suffered the most. Furthermore, citizens would have been required to continue paying into the Social Security system, but little or no dividends would be paid out any longer. Hillary would have called this the "Recovery Effort". This would allow 23% of the GDP to be stolen by nefarious sycophants. Yet, due to years of covert surveillance of the Clinton, Bush and Obama Administration's discussions and emails, the seventy percent of the good people in the intelligent communities “got their number” just in time to disrupt and stop Hillary from taking the helm as POTUS. The patriots in the intelligence communities blocked Hillary and her cohorts from stealing thirteen states just days before the election. And, while Trump was absolutely not given a single vote, we stopped Hillary from her corrupt theft of the presidency. You see, the good guys merely disrupted the theft of these thirteen states and allowed a fair election to unfold, which Trump won fair and square. The Trump win sent shock waves through the New World Order and now, as of November 8, 2016, the gloves have been taken off and the fight to the death for our Republic is now underway. People, understand that the death of Republic was at hand should this presidential election had been won by Hillary Clinton. Also understand that help is here, always was and will be present during this historic battle between humanity versus the New World Order, and what a fight will it be, a classic war between good and evil. "I never dreamed or believed that this would happen in my lifetime." God bless and protect our Republic. 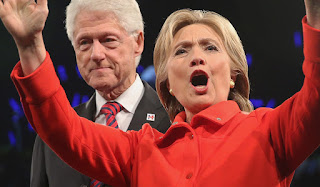 Posted by Jackie Jordan at 2:55 PM No comments:

Email ThisBlogThis!Share to TwitterShare to FacebookShare to Pinterest
SECTION 5

133 THOUGHTS ON “INFO FROM INSIDE THE FEC (FEDERAL ELECTION COMMISSION)" : THE DEMOCRATS MAY RIG THE ELECTIONS”

Pingback: U.S. "Military and Intelligence Experts" Gear Up For Election Hack – "It's All Hands On Deck" | D!SRUPT

Pingback: U.S. "Military and Intelligence Experts" Gear Up For Election Hack - "It's All Hands On Deck" - BuzzFAQs

Pingback: U.S. "Military and Intelligence Experts" Gear Up For Election Hack – "It's All Hands On Deck" | | Investing Matters


Smile, folks! We've got this! 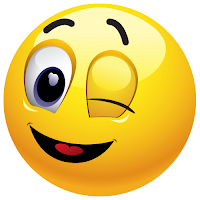 "I am honored and privileged to say that Dr. Steve Pieczenik M.D., Ph.D. is my mentor."

Posted by Jackie Jordan at 2:53 PM No comments:

Jackie Jordan
I am a middle-aged child of nature in the brotherhood of men ... I am unpublished, unamazing, and often thought uncouth. I like to think of myself as a diamond-in-the-rough, uncut, unpolished, non-brilliant, yet with potential. I'm just not ready to conform for aesthetics sake, and maybe I will never be ...